We are the laughing stock of the world again, curtsey of Barack Hussien  Obama. More's the pity that posterity will remember the first black president as the worst in America's history. Obama looks more and more all the time like nothing more than the product of affirmative action and the ability to vote present and accuse people who pointed out his continuous fence-sitting votes as racist.

This time Obama went running out to say that he would lob missiles at Syria, only to tuck his tail between his legs and run away to get Congress' permission first. You know, like he's supposed to post War Powers Act. the only problem with this is that he made the whole country look bad in the process.

Half hour late to his Rose Garden announcement on Saturday, President Obama put the best possible spin he could on his badly timed threat to lob a half-billion dollars’ worth of Tomahawk missiles into Syria as retaliation for the gas attack; one whose perpetrator is not as yet known with any certainty.

This is a President who could not put together a coalition of nations to support his proposed action. His predecessor (“It’s all Bush’s fault”) had some forty nations on board for his attack on Iraq. Obama could not get a United Nations’ resolution. His predecessor had some sixteen UN resolutions. He has been told that Congress would have to authorize covering the cost of the action and of replacing the missiles because his administration has cut the Defense Department budget to the bone.

There’s a word to describe someone who would get himself into such a fix: JERK.

Obama will fly off to a G-20 conference where the other world leaders will no doubt treat him like the witless fool he has proved himself to be time after time. What other president would announce a surge into Afghanistan in 2011 at the same time he announces when the troops would be leaving? What other president has managed to increase Russia’s influence in the Middle East while diminishing our own?

France has offered to hold his coat while he engages the U.S. in an utterly futile military attack on Syria, but the British concluded that they wanted no part of it. The whole of the NATO pact nations have made that plain as well. Obama couldn’t organize a weekend camping trip for a pack of Boy Scouts.


Ain't that the truth.

Read the whole thing. It's worth it.

Link of the Day: The Incredible Shrinking President
Posted by The All Real Numbers Symbol at Monday, September 02, 2013 1 comment:

About the Value of Life

Here's the true end of abortion: post-birth abortion. A woman in Pennsylvabia has been charged with murder for reportedly giving birth to a baby in the resteroom of a bar, wrapping the infant in a plastic bag, and submerging him in the behind the toilet. Then she went outside, had a cigarette, and then came back into the bar and went on with her evening.

At first glance this seems quite shocking, but if you've been aware of the rate at which abortions happen in this country (among other things), no. It's not. If a child has no value in the womb, then why does it have value after birth? (This is question that people like me have been waiting for Planned Parenthood et al to give an answer to for years. None seems to be forthcoming.)

This is, as Gateway Pundit called it, horrifying. But for anyone who understands what abortion does, it's not very surprising.

Link of the Day: HORROR! Woman Charged With Murder for 'Giving Birth in Bar Bathroom, Stuffing Infant In Toilet'

The Law of Conservation of Stupid

Let me tell you why.

When I first began this blog, I was a naive newcomer to the world of politics, and it shows. I was mentored by a really awesome blogger who retired the year after I got online. I kept going. Until last year.

Last year, Obama was re-elected. Like many Conservatives, I thought there was no way Obama would win re-election, but the Republicans nominated a nice guy who also happened to be a complete moron. When you have a voting district that goes 100% to one specific candidate, with no opposing votes whatsoever, you might have a problem. Did Mitt Romney question it? No. Did the Republicans question it? No.

Thank you for nothing, Geriatric Old Party.*

Anymore, I don't blog because nothing surprises me anymore. Unions demanding higher wages during a reception? You don't say. Obama raising taxes while families are struggling to get by? No surprise.

Today I was actually surprised by something, which is the only reason I'm back.

Via Gateway Pundit, who got it from the AP:

The Environmental Protection Agency is moving to ban the sale of a dozen rat and mouse poisons sold under the popular D-Con brand in an effort to protect children and pets.

The agency said Wednesday it hopes to reduce the thousands of accidental exposures that occur every year from rodent-control products. Children and pets are at risk for exposure because the products typically are placed on floors.

The agency had targeted a handful of companies two years ago, saying they needed to develop new products that are safer for children, pets and wildlife. All but Reckitt Benckiser Inc., manufacturer of D-Con, did so.

I'm not trying to say that it isn't sad that accidents happen with stuff like rat poison (though since I can find no statistics on deaths caused by rat poison, I'm pretty suspicious), but I smell, pardon the pun, a rat.

Rats and mice carry lots of nasty diseases and as someone who has had to deal with mice before, they are unsanitary, noisy pests. I'm sorry people are careless and accidents happen, but this is something that I would like to call the Law of Conservation of Stupid. It's stupid that he government would take D-Con away. Just because accidents happen does not mean that an effective product should be removed from consumers.

When did we get so pathetic that we need the government to hold our hands for everything? (And where are the statistics on children who have been accidentally poisoned by D-Con, anyway? I'm getting lots of articles about pets, but none about children.)

And what happens when these new products that are 'safer' don't kill mice and rats? What then?
--


*I'm aware I called them old twice, but I couldn't find a synonyms for 'useless' or 'foolish' that started with 'O'. Either way, it's time for the Republicans to go the way of the Whig Party.  If they aren't going to stand up to the Democrats, then what do we need them for?
Posted by The All Real Numbers Symbol at Wednesday, January 30, 2013 No comments:

Planned Parenthood Goons Back At It

So first it was the gift certificates for Christmas, now it's the discounts. Yes, the Planned Parenthood goons are back it. Now one of these goons squads has offered a Black Friday discount on their services.

A Planned Parenthood abortion clinic in souther [sic] Florida is offering a black Friday discount — including $10 off a visit to the abortion center today.


This alone ought to cast some doubts into people's minds about the nature of Planned Parenthood.  I have yet to hear of an honest medical center that offers special discounts and gift cards to people. No doctor I know of does things like this. So why does Planned Parenthood offer such discounts? Why offer gift cards? They don't provide mammograms, though they reportedly provide pap smears. They don't provide much beyond birth control and abortions.

So I wonder what it is that they are trying so hard to give away.
Posted by The All Real Numbers Symbol at Saturday, November 24, 2012 No comments:

Hello. Yes, I am aware I have been absent for awhile. Life has been crazy, and I don't just mean because of the election either. But it's Thanksgiving, and I have a tradition to keep.

"Oh give thanks to the Lord, for He is good. For His mercy endures forever." Psalm 107:1

I hope you all have great Thanksgiving!

Please note that anonymous comments have now been turned off due to the high volume of spam comments I have been receiving.
Posted by The All Real Numbers Symbol at Thursday, November 22, 2012 No comments:

It is Halloween again! And you that means: Halloween music!

*Not to be confused with any songs by Kid Rock

And last but not least...

Panic! at the Disco - This is Halloween

Have a happy Halloween! Don't let the ghouls get you.
Posted by The All Real Numbers Symbol at Wednesday, October 31, 2012 No comments:

Email ThisBlogThis!Share to TwitterShare to FacebookShare to Pinterest
Older Posts Home
Subscribe to: Posts (Atom)
Welcome to my blog, where I deal with politics, fanfics, and everything in between. All political stuff is located in the blue sidebar, and everything else is in this sidebar. Sidebar posters are placed at my discretion. Thanks for visiting. 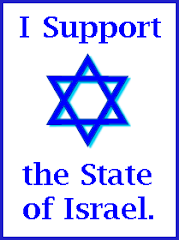 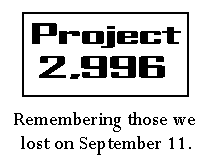 What I Do For Fun 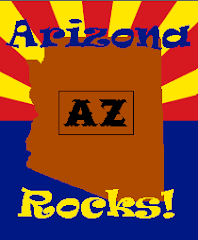 Arizona: Protecting it's people from illegals 'cause D.C. won't do it.

The All Real Numbers Symbol
College keeps me busy, but when I have free time I enjoy writing stories, listening to music, surfing the web, and jewelry making. I love to read, and like to collect books.

You are a Faith-Based Fighter, also known as a religious conservative. You believe in Judeo-Christian values, restoring God’s rightful place in the public square, and in showing all the unwashed and unsaved liberal sinners the path to salvation, or at least to the GOP.

Take the quiz at www.FightLiberals.com

"Any society that would give up a little liberty to gain a little security will deserve neither and lose both." - Benjamin Franklin

"I'm a Christian first and a mean-spirited, bigoted Conservative second, and don't you ever forget it!" - Ann Coulter

"This country has shed more blood for the freedom of other people than all the other nations in the history of the world combined, and I’m tired of people feeling like they’ve got to apologize for America."

Blogs & Sites Frequented by The All Real Numbers Symbol

I reserve my First Amendment rights of the Constitution of the U.S.A.:

"Congress shall make no law respecting an establishment of religion, or prohibiting the free exercise thereof; or abridging the freedom of speech, or of the press; or the right of the people peaceably to assemble, and to petition the Government for a redress of grievances."


In the interest of saving my country... 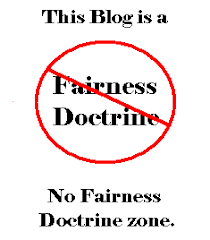 Call it Fairness Doctrine or Net Neutrality or whatever you want, but remember, the Constitution says I have a right to freedom of speech, not freedom of speech as long as I give you equal time to state your views.